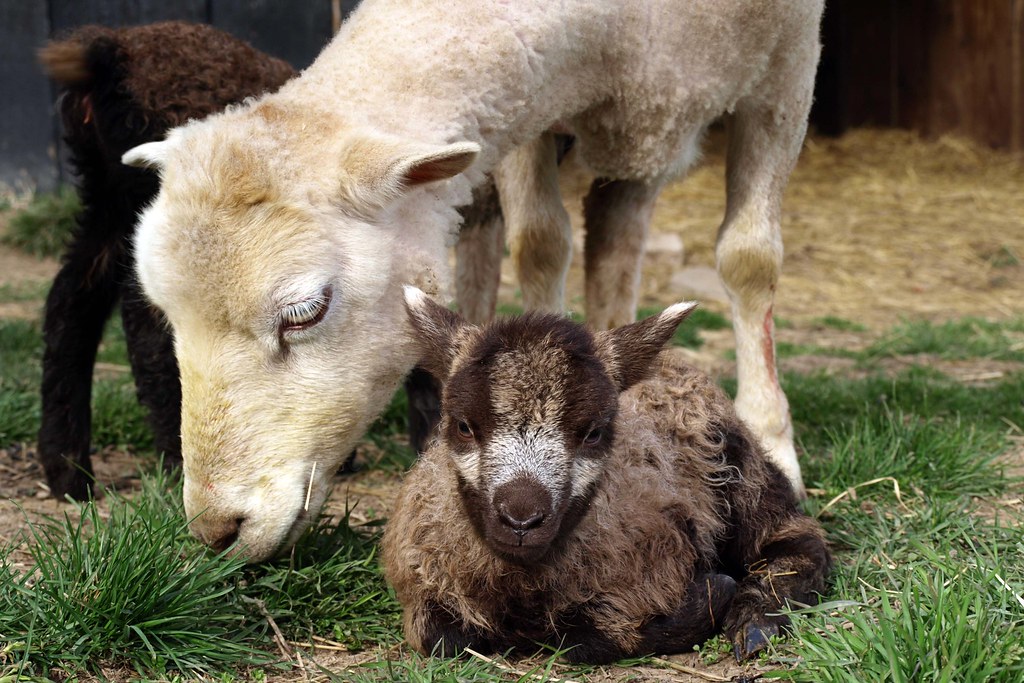 Kelly and Kaylee at about 6 months

Kaylee at one year with first lamb, Logan